3 of the Best SUVs That Hold Their Value Well

Purchasing a new sports utility vehicle is a large investment.

Unfortunately, such a purchase rarely pays off in the long run as most SUVs lose over half of their value in as little as five years.

However, some vehicles are better able to stand the test of time.

If you’re in the market for a new sports utility vehicle and are looking for something that will hold its value, you’re in luck.

This list of three of the best SUVs that hold their value well will help you make a smart decision on which vehicle is worth the investment.

When it comes to vehicles that hold their value well, Jeep Wranglers top almost every list with a depreciation rate of only around 30 percent.

There are several reasons why Jeep Wranglers hold their value so well.

One such reason is their durability.

Jeep Wranglers stand up to even the harshest environments and road conditions while maintaining peak performance. Such durability translates to years of reliable use and a slower depreciation rate.

Another impactful reason why Jeep Wranglers have such a low depreciation rate is that they are almost always in demand.

Backed by an avid community of Jeep enthusiasts, even older models remain highly sought after.

Another of the best SUVs that hold their value well is the Toyota 4Runner.

When you couple the Toyota 4Runner’s ability to last for over 200,000 miles with its exceptional reliability rating, it’s not hard to see why this SUV stands the test of time so well.

Plus, it also has some killer off-roading chops that add to its long-term desirability.

Another Toyota brand SUV with an impressively low depreciation rate is the Toyota RAV4.

Toyota RAV4s have a depreciation rate of around 44.6 percent after five years. As one of the top-selling non-pickup trucks in the U.S. last year, Toyota RAV4s are clearly in high demand.

Similar to the 4Runner, the RAV4 is also known for its impeccable dependability and longevity, which makes them a worthwhile long-term investment. 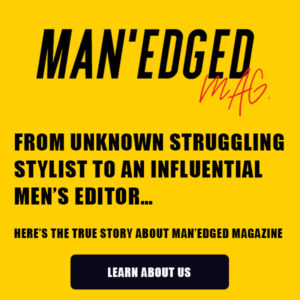 Most Challenging Car Repairs to Make

3 of the Best SUVs That Hold Their Value Well

Common Accelerator Problems With Your Car

Ways to Improve Your Posture as a Guy

Weightlifting Myths You Need to Ignore

7 Tips on the etiquette of having a housekeeper

Here’s how to sleep overnight at a Brewery: the ultimate getaway destination